On Saturday, January 21st 2017, I marched in the Women’s March on Denver with my brother and two friends. We joined almost 200,000 people, marching through the streets of Denver.

This was probably the most positive, respectful march I’ve ever been to. I saw a woman with a backpack that said First Aid on it. Everyone cheered any time a helicopter flew above us. I drove past the park after the march was over and it was spotless, aside from a few barricades left over. People were asking each other to pose for photos, all along the way. Everyone was kind, respectful, and caring. The Women’s March on Denver was part of an international Women’s March and it felt incredible to be a part of such a big movement and moment in our history. Scientists in Antarctica even participated!

The most emotional, inspirational, moving part of the day was that hundreds of thousands of people in other counties, across the world, marched with us and for us. People who will never be directly affected by most of our laws and policies protested the ones that could hurt people they will never meet, on the other side of the world. Click here to see a great compilation of photos from marches around the world. 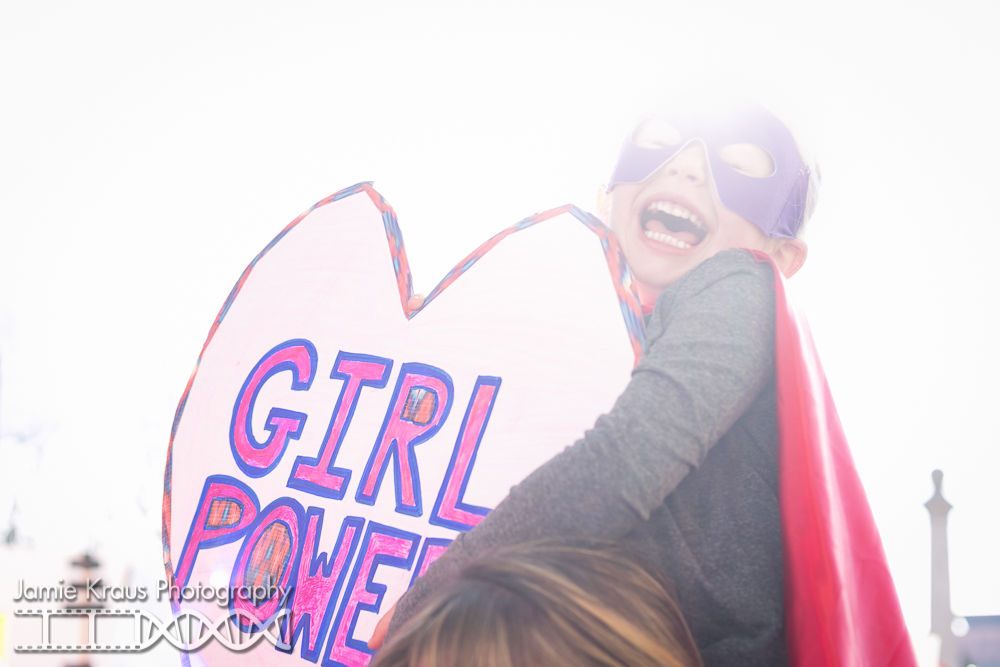 This is absolutely my favorite photo of the day. It was so incredible to see young kids participate in the march. It was especially inspiring to see kids with their own signs and outfits, laughing and smiling and chanting. This supergirl wasn’t just along for the ride. She clearly knows the power of girls!

I just love the sentiment of this sign. We are the storm!

The most important thing to take away from this event is that this is the start of a marathon. From here, we move forward, we work harder, we keep fighting.

Here’s What We Can Do To Keep The Momentum Going

Interested in working with me? Send me an email at jamie@jamiekraus.com.