On Friday, I took part in the Global Climate Strike by marching through downtown Denver. 7,500 people gathered in front of Union Station where indigenous leaders led prayers and set the stage for the day’s events. We then marched down the 16th Street Mall to meet on the steps of the Colorado State Capitol building. There, youth activists and indigenous leaders spoke, sang songs, and led chants with the crowd. There were marches all around the world with millions of people, across 105 countries, raising their voices together.

The Global Climate Strike website summarized the international even well. “Young people have woken up much of the world with their powerful Fridays For Future school strikes for the climate. Now, millions of adults are joining in a huge wave of that will kickstart renewed action all over the world. The urgency of the climate crisis requires a new approach and a just response centered on human rights, equity, and justice.”

At Denver’s march, there were a lot of young people. I even saw a bunch of school buses from the Denver Boulder area that had bussed kids to the rally at the capitol building. Having kids involved was so important because this march was youth-led and inspired by the school strikes. It was so encouraging to see groups of high schoolers and families with young kids participate. Kids are the ones who are going to experience the worst effects of climate change and they have the most stake in the decisions we make now. These decisions should not be on them, but I’m glad to see them fighting for everyone’s future and recognizing the importance of climate justice.

Having so many young people there also made for some pretty great signs. I loved the ones that referenced the Area 51 Raid that happened on the same day. As fun as it is for a bunch of Redditors to hang out in the desert with alien costumes, these people had their priorities straight. I also love the sign that said “We want to live long enough to see 4/20/69”. Nothing like some dark millenial humor to catch people’s attention, right? 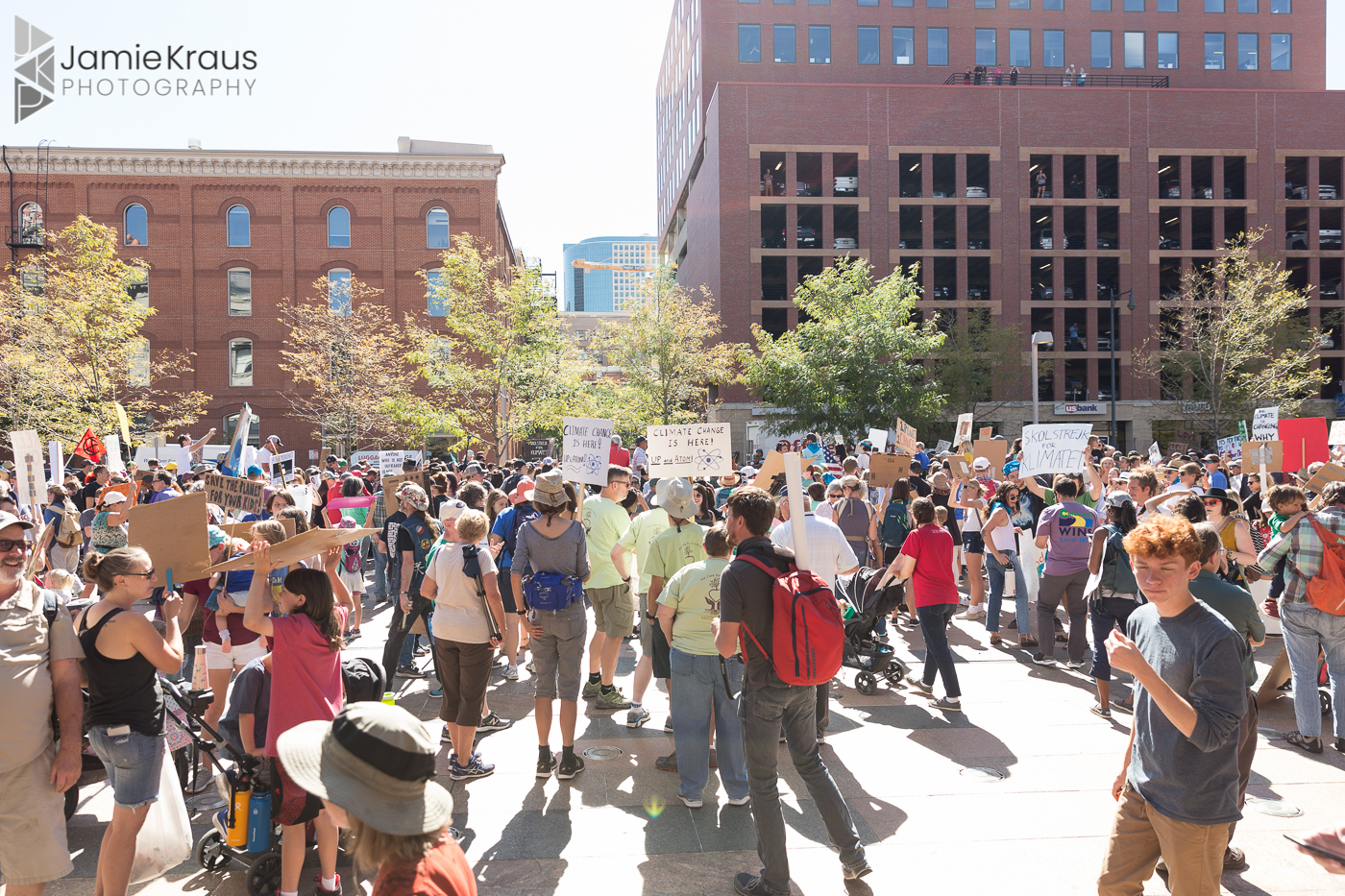 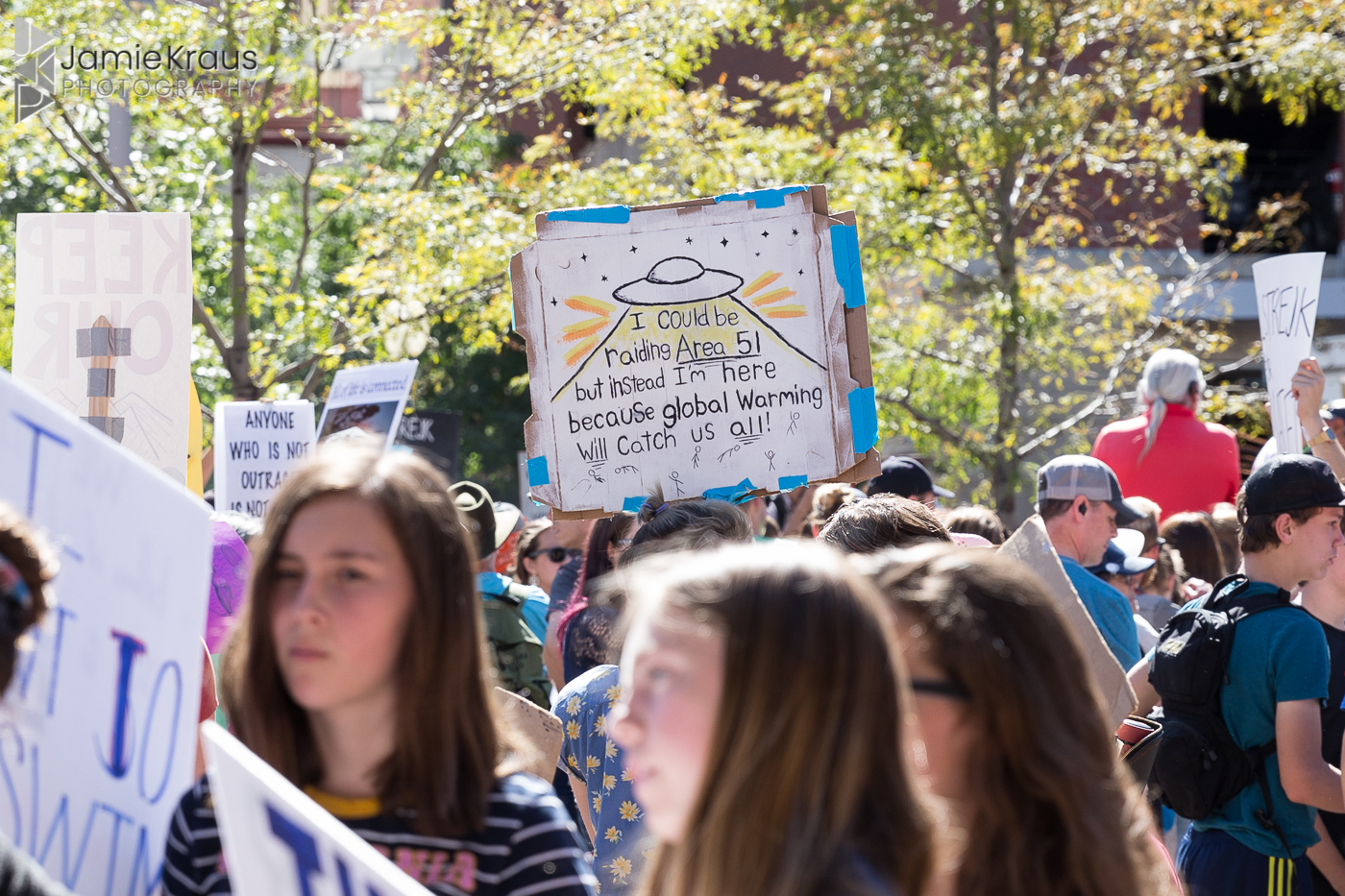 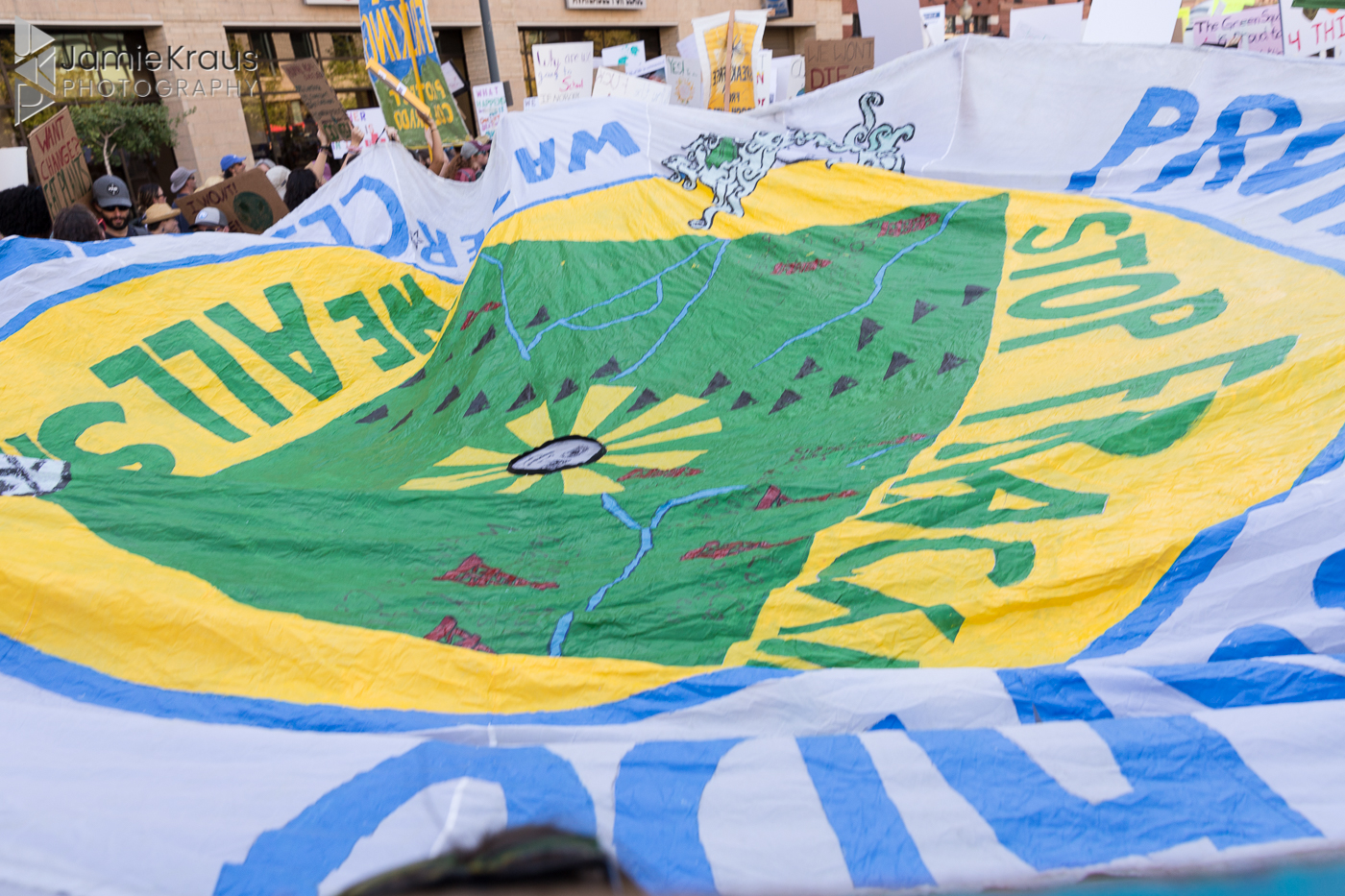 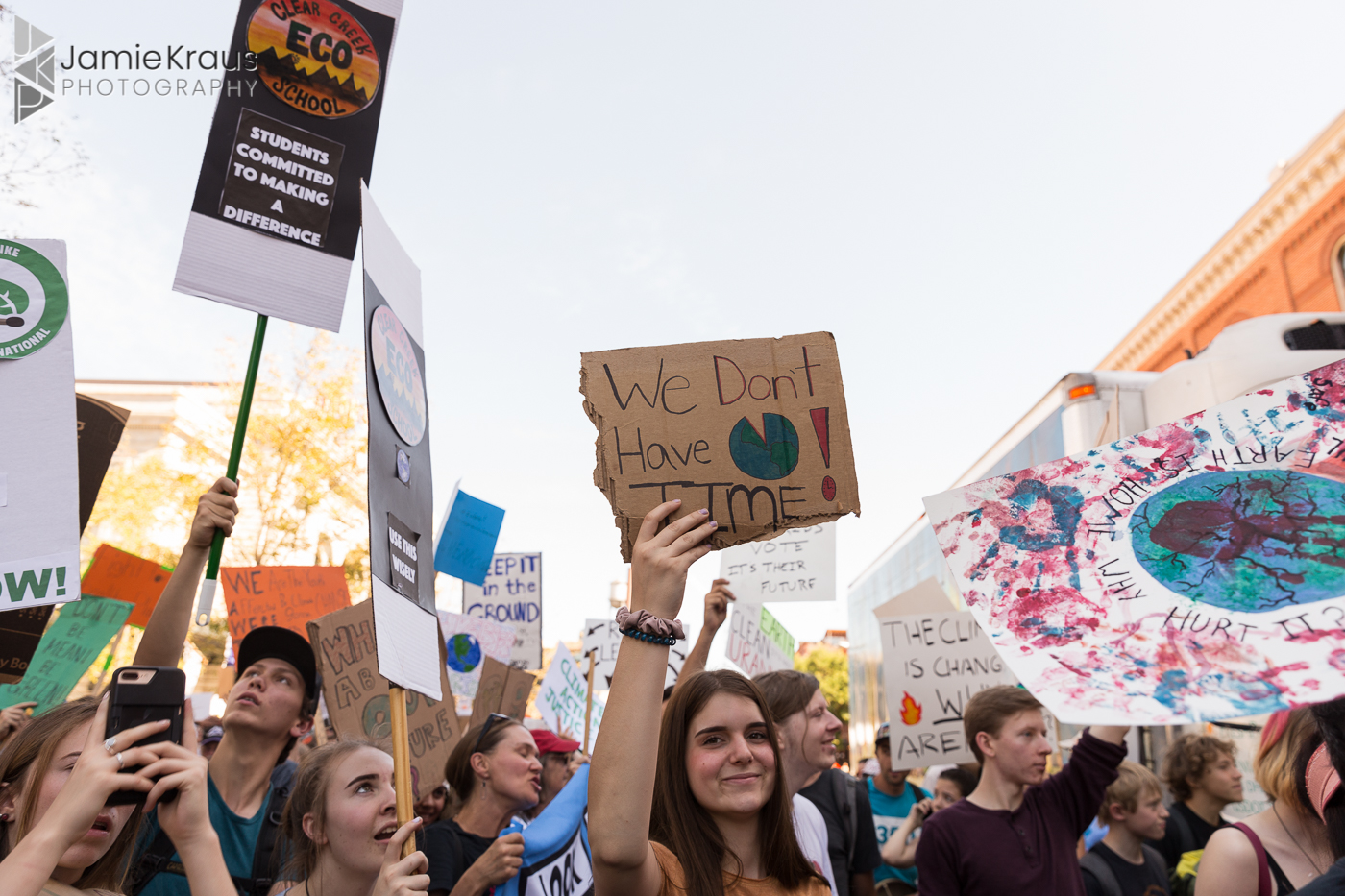 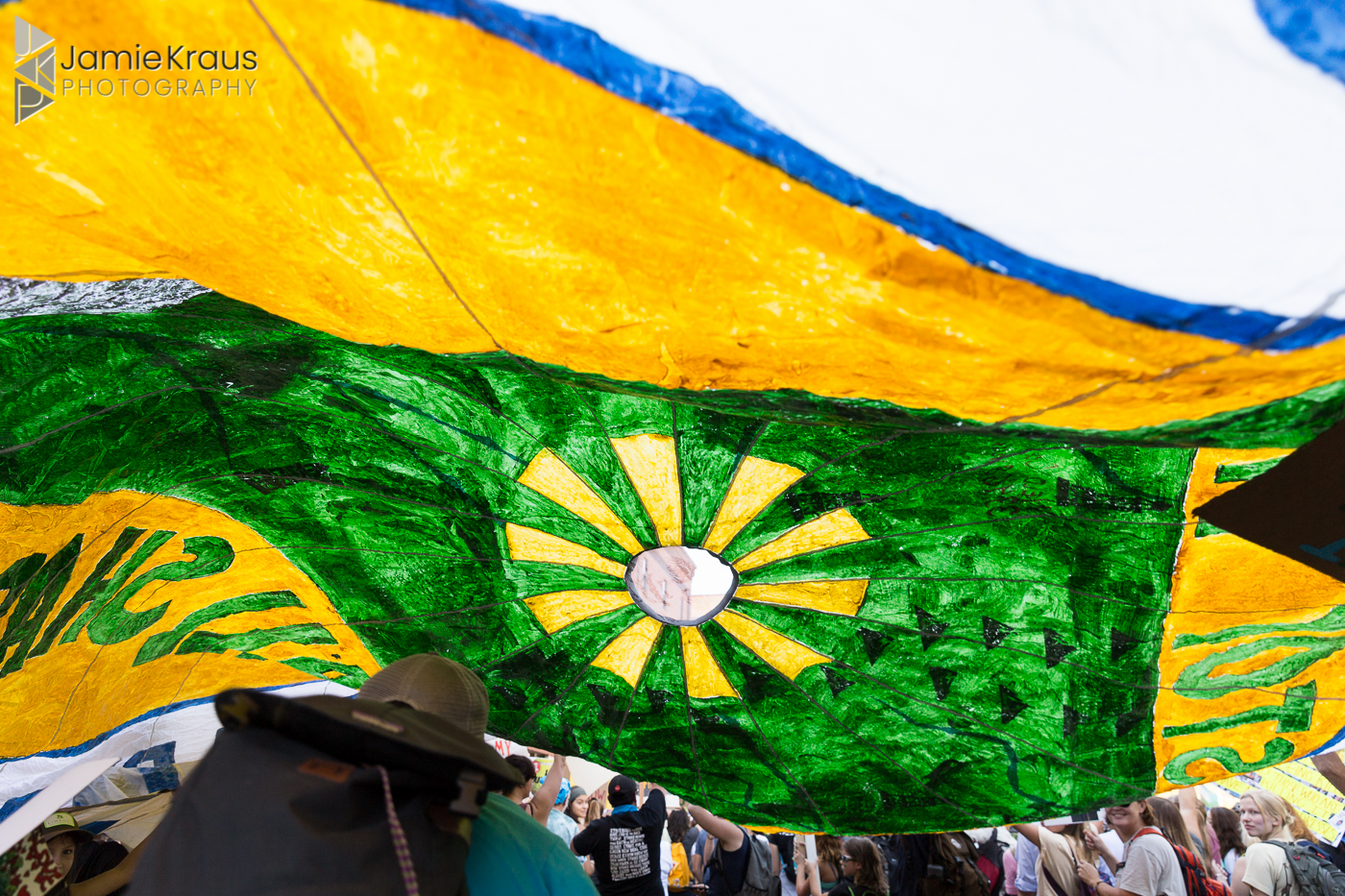 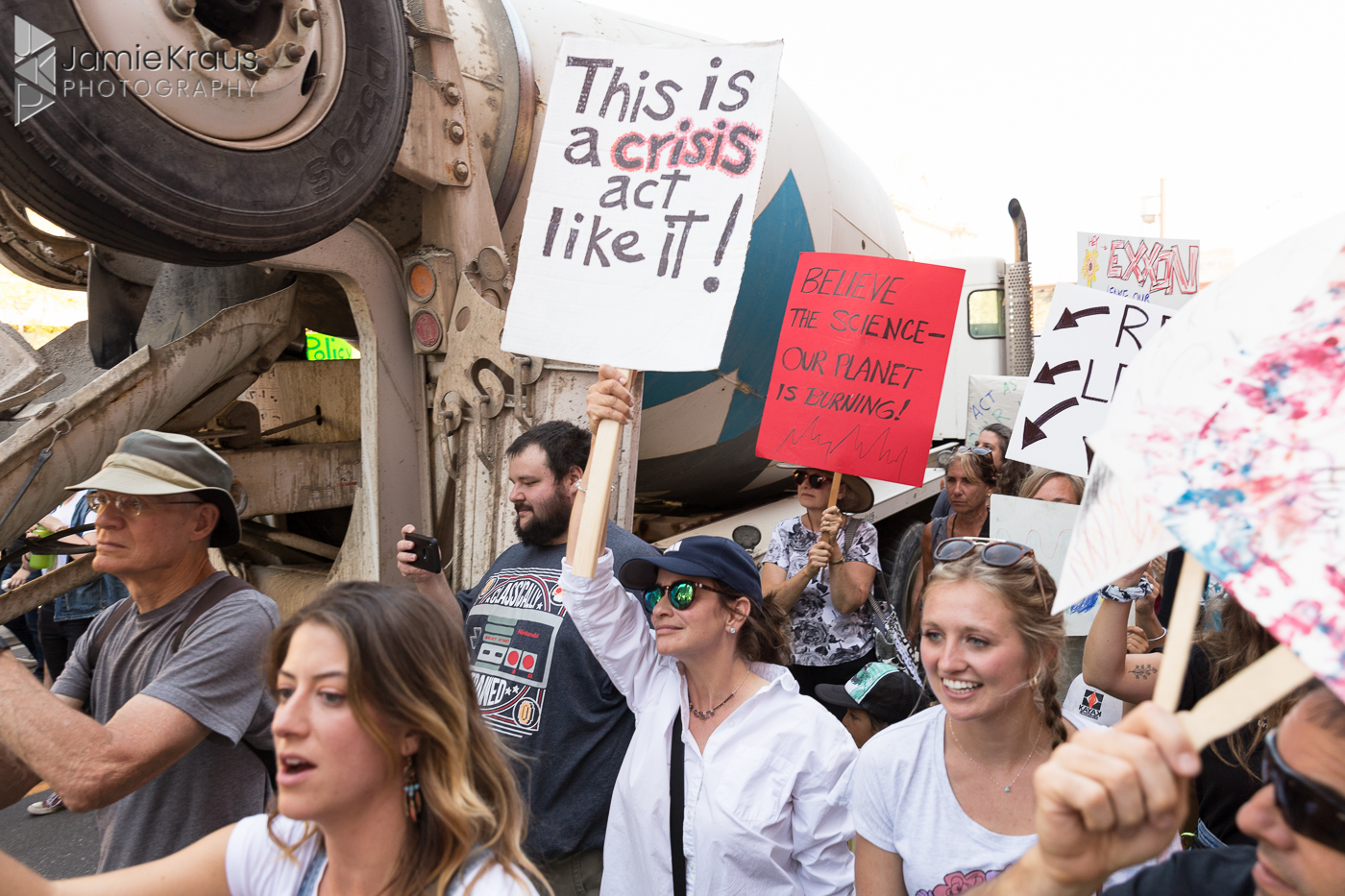 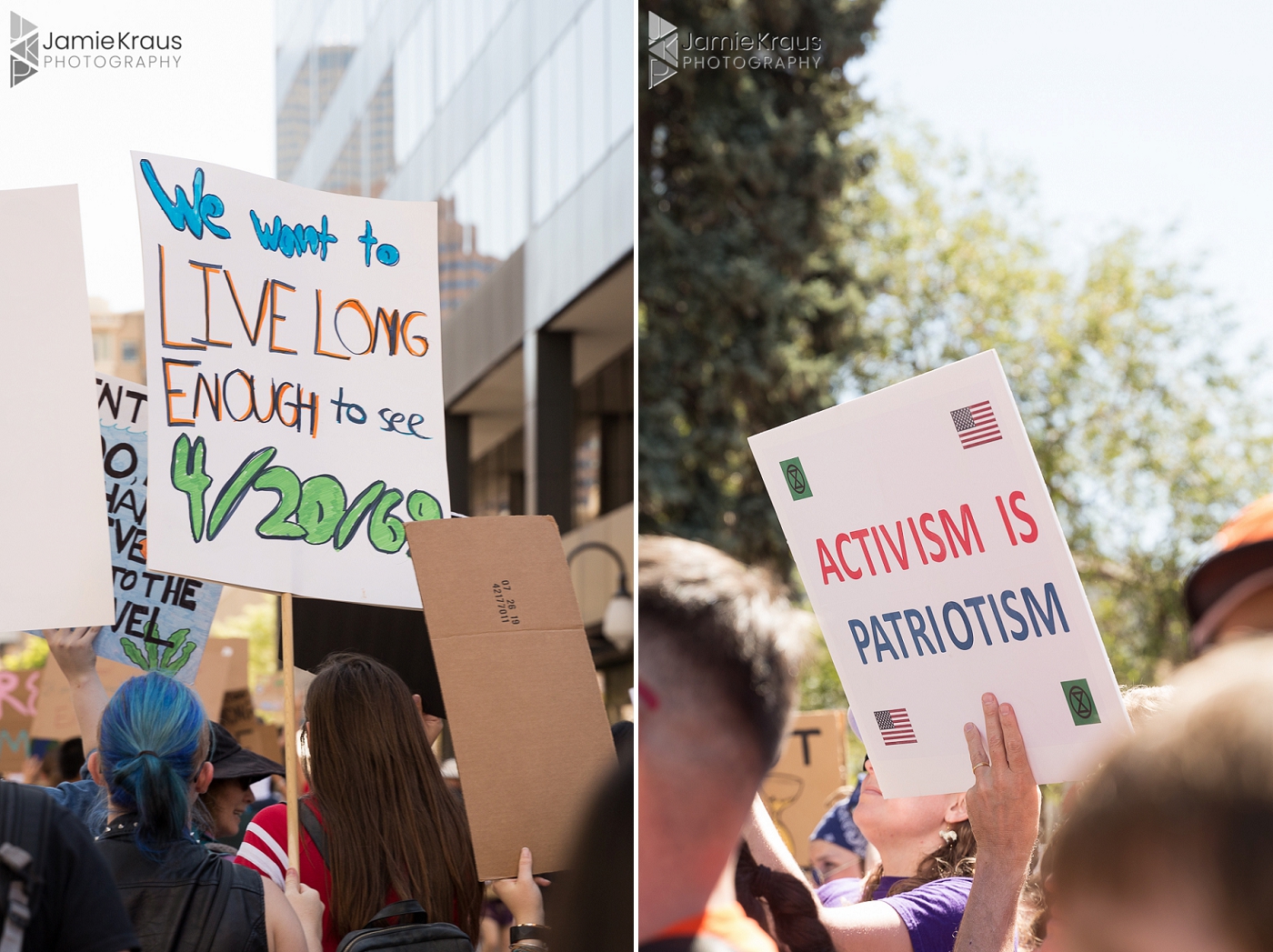 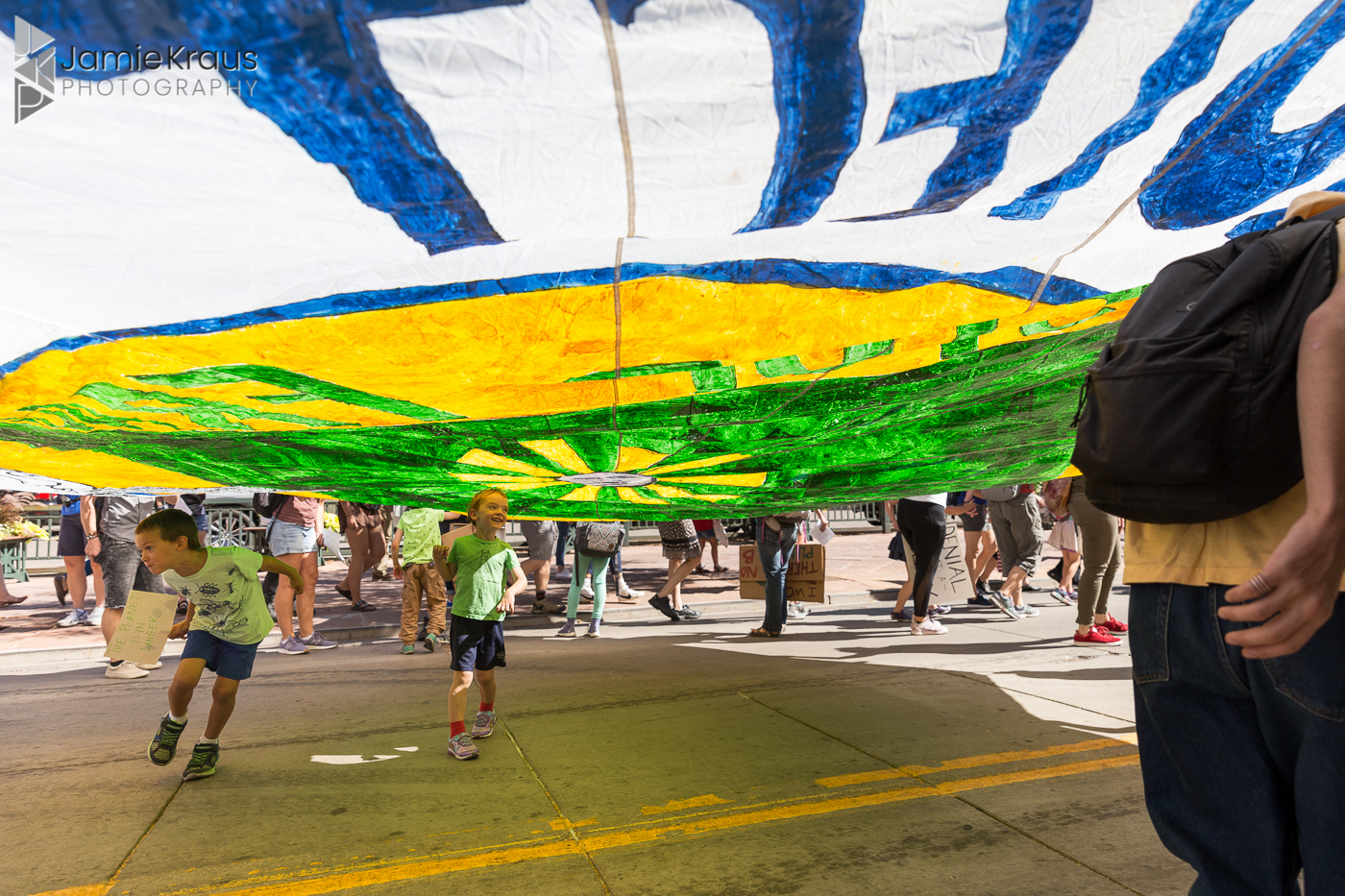 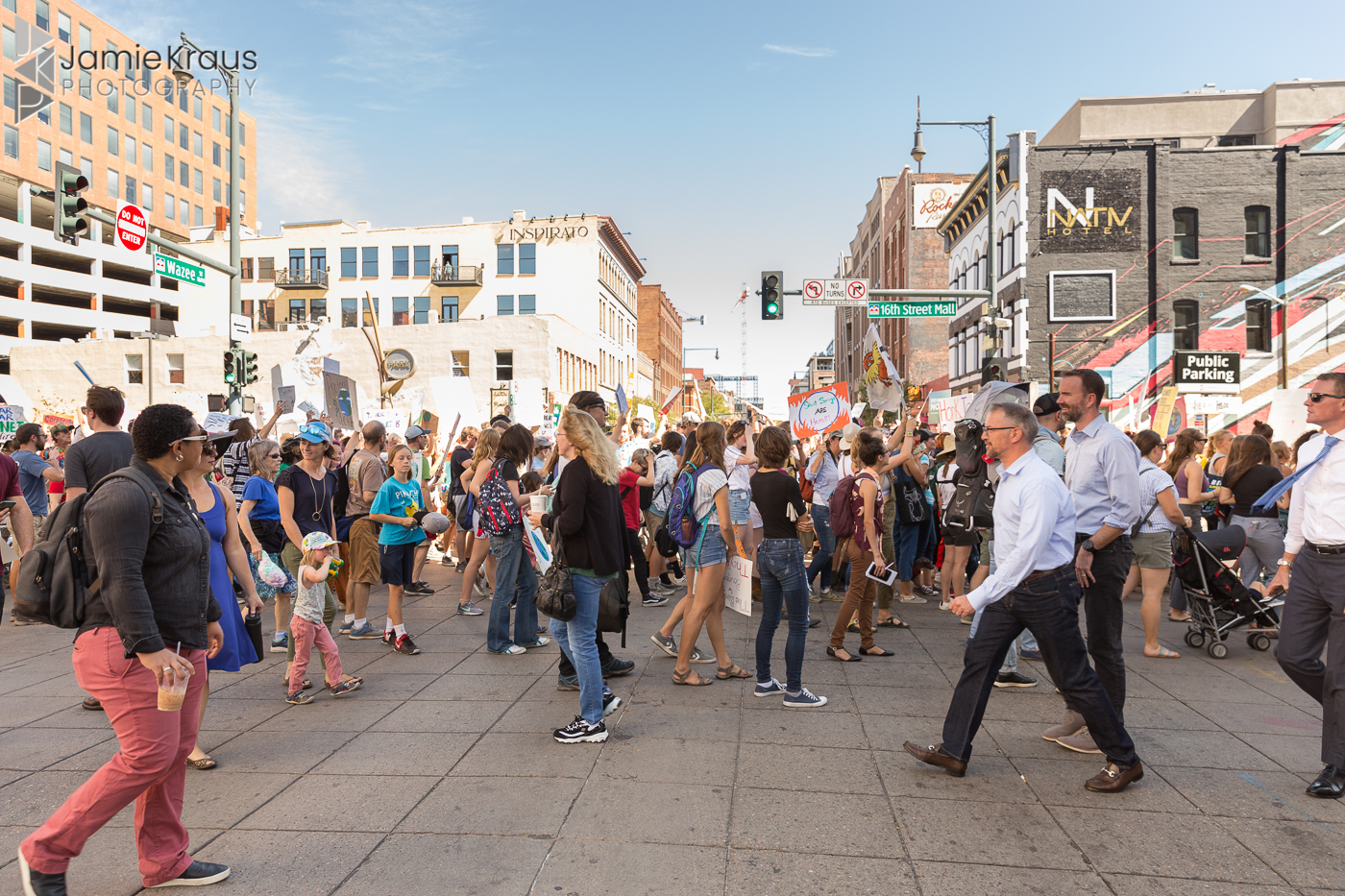 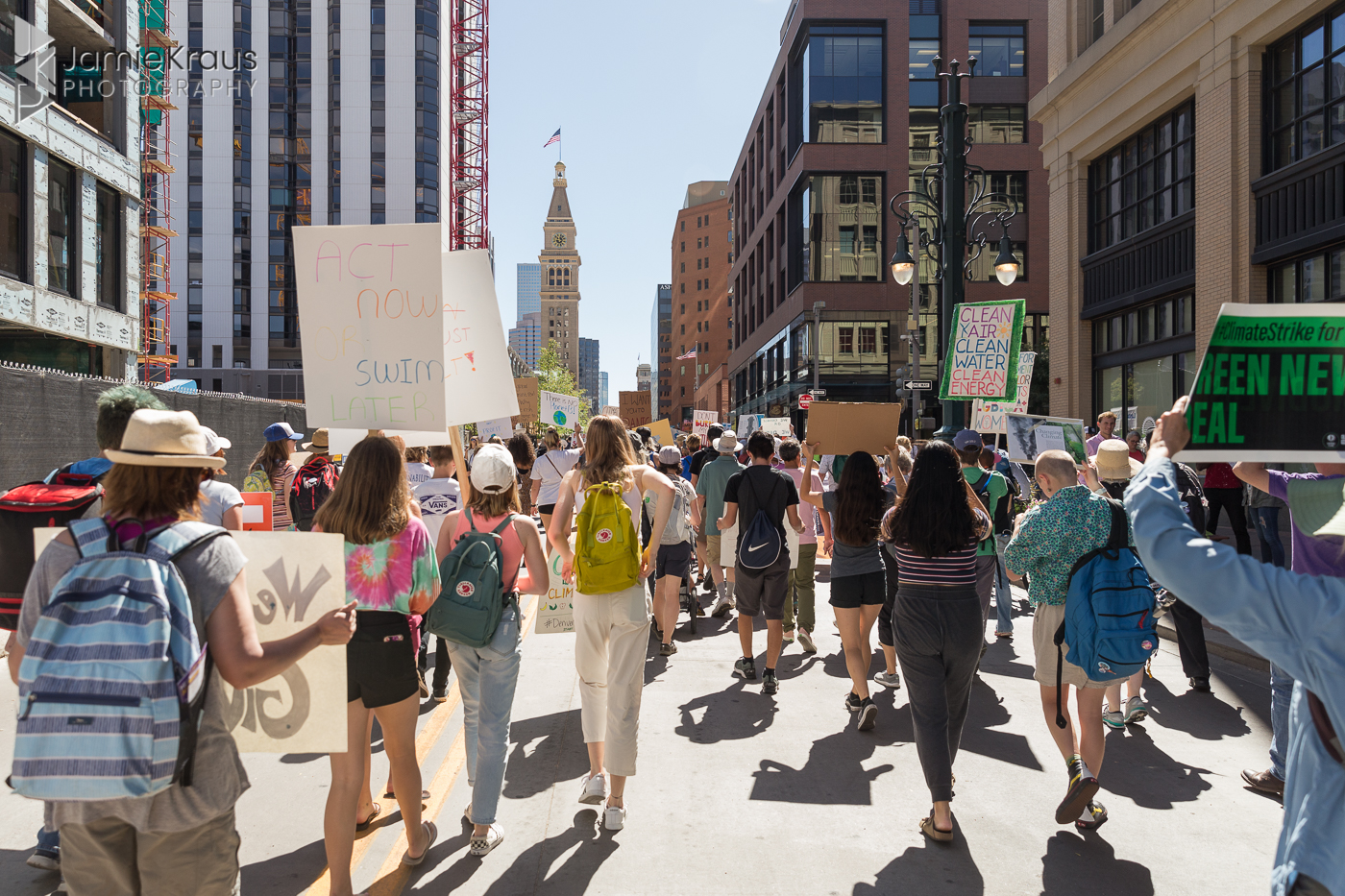 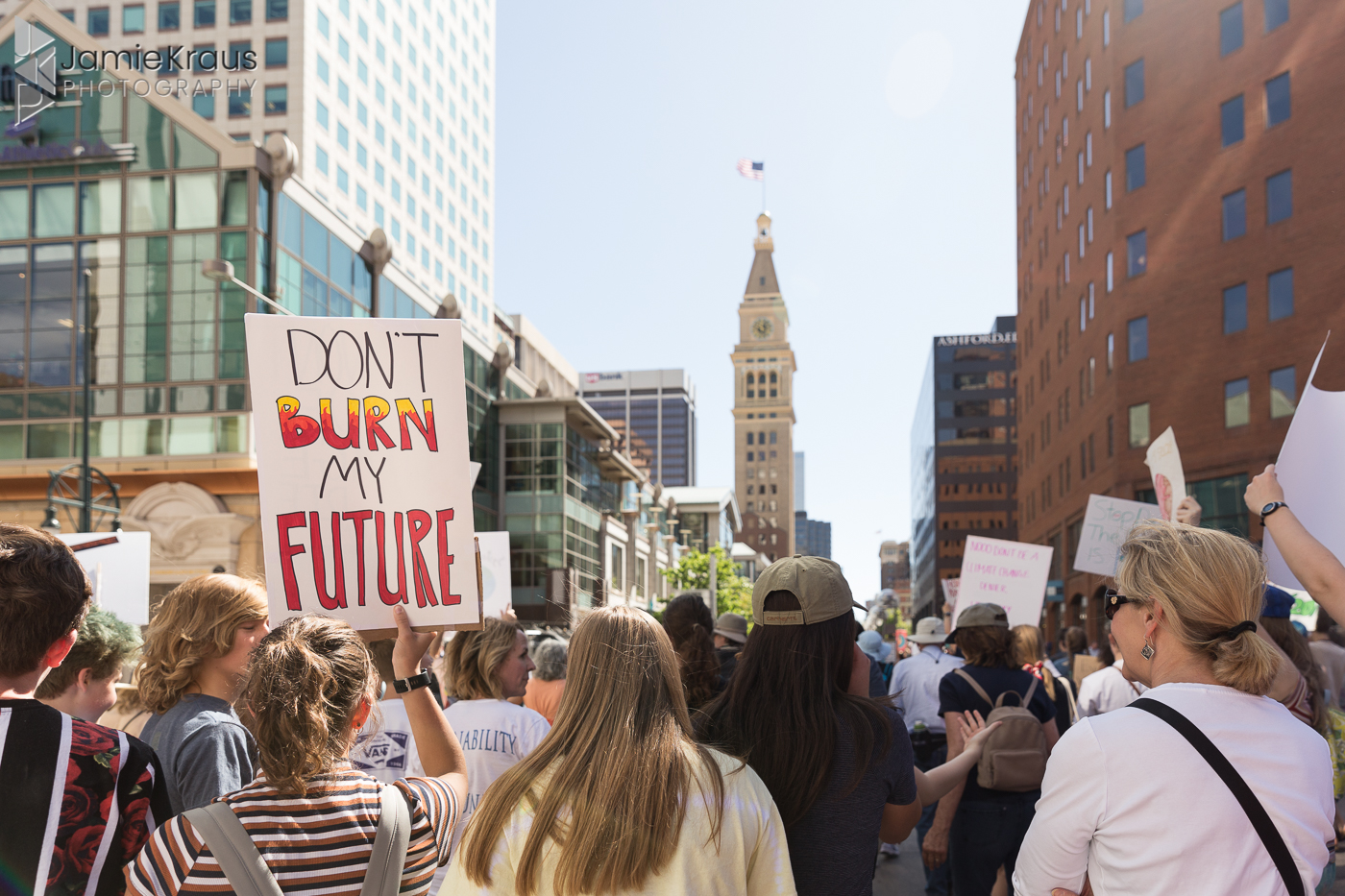 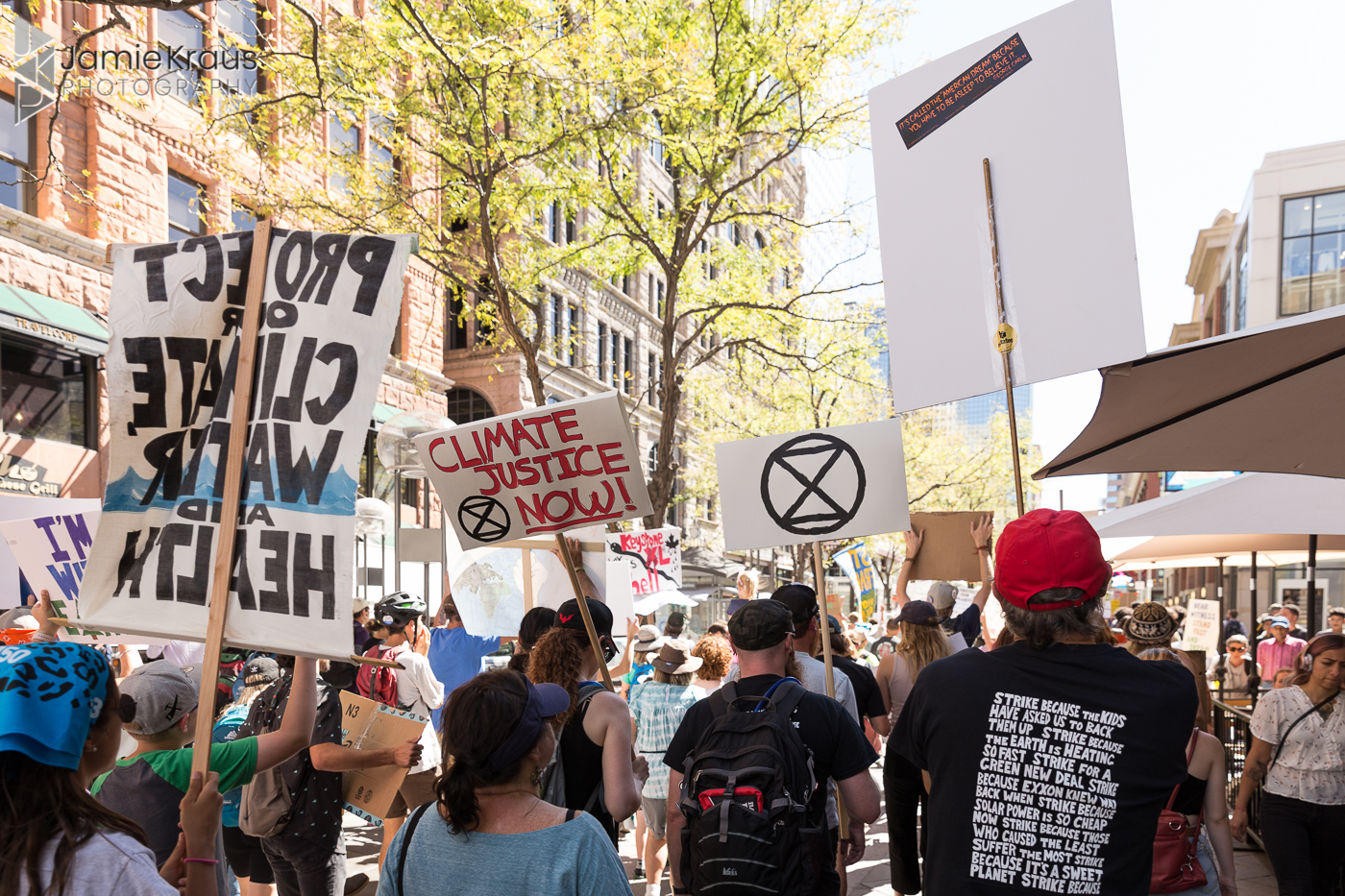 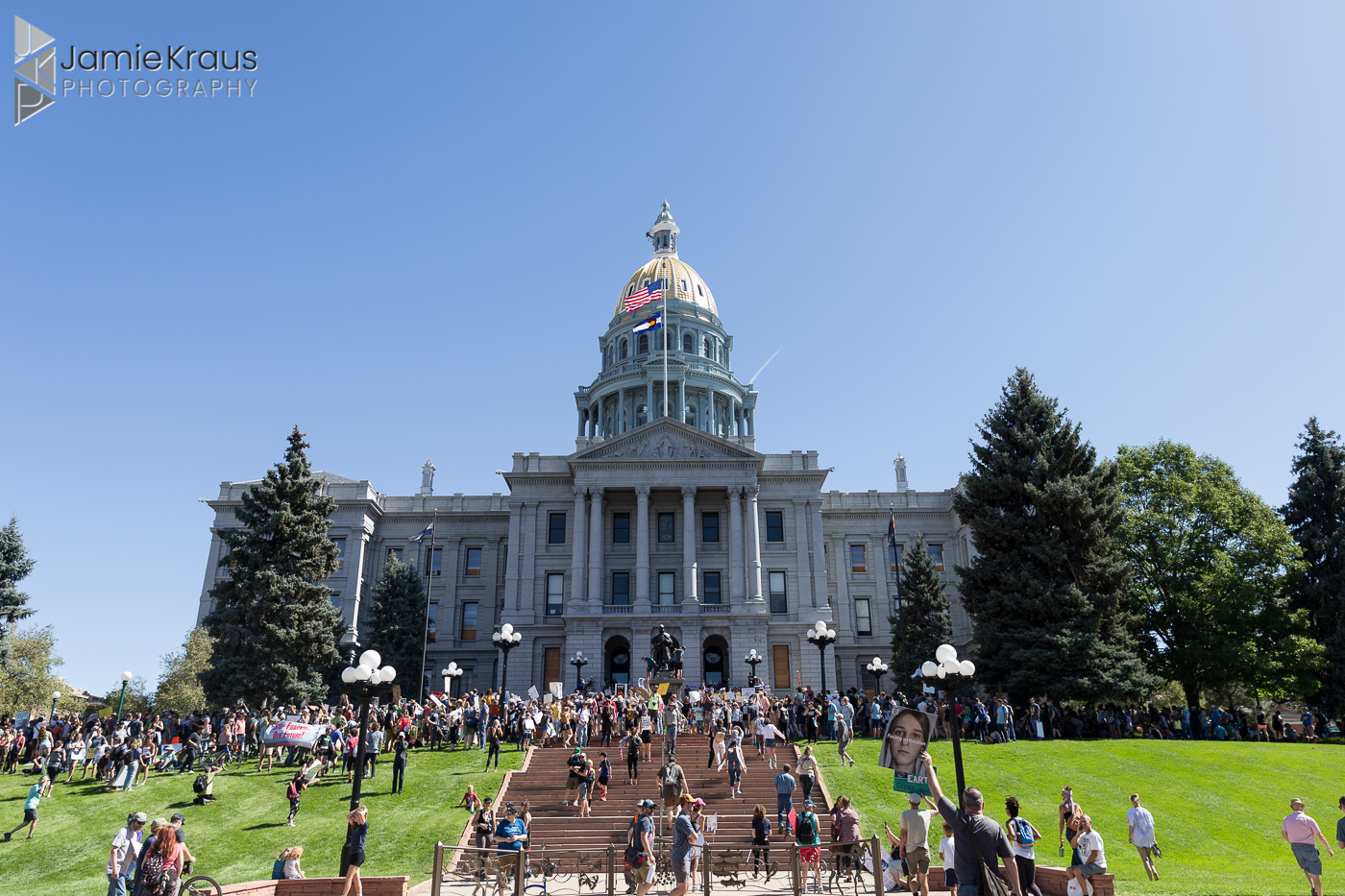 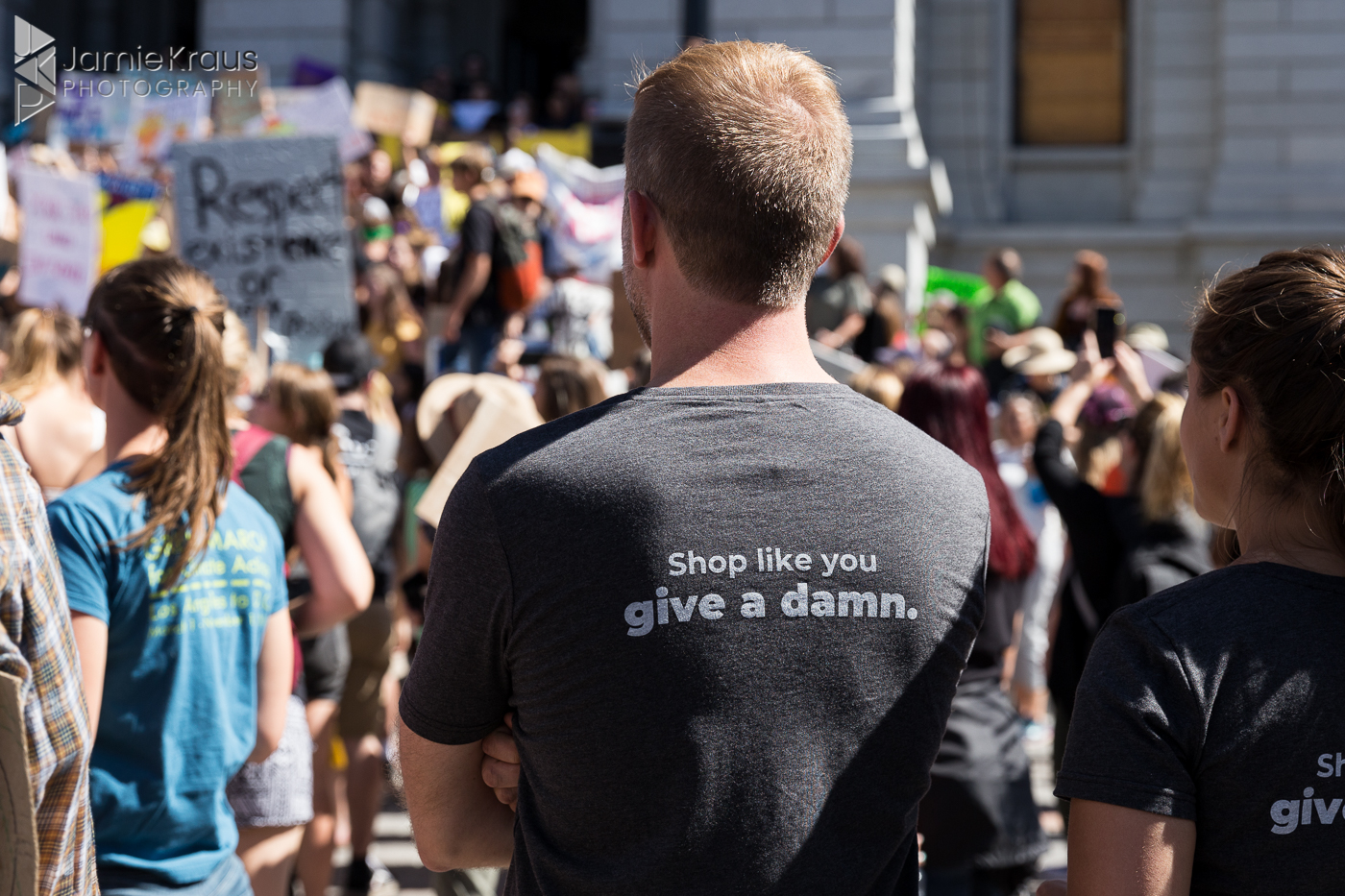 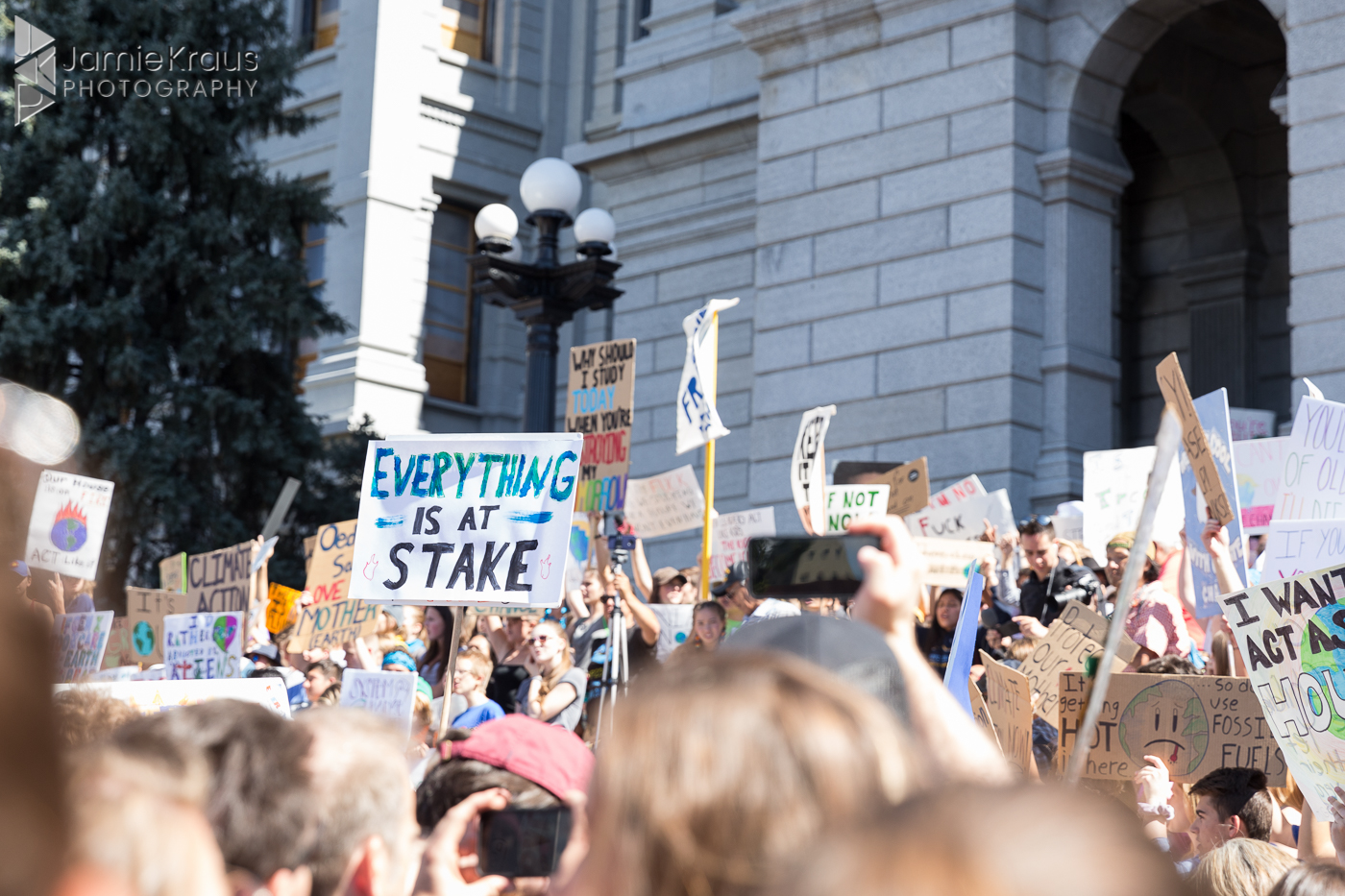 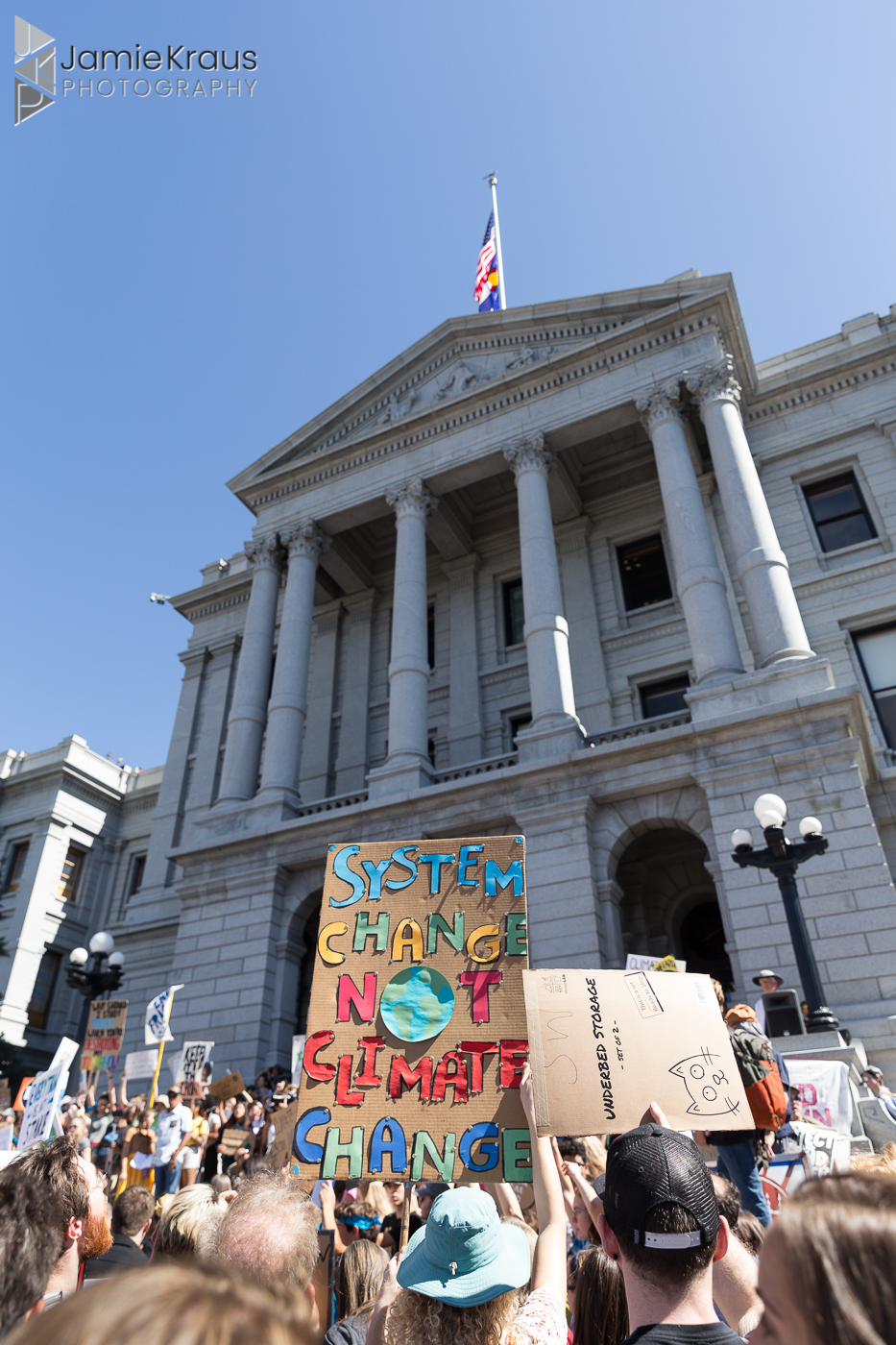 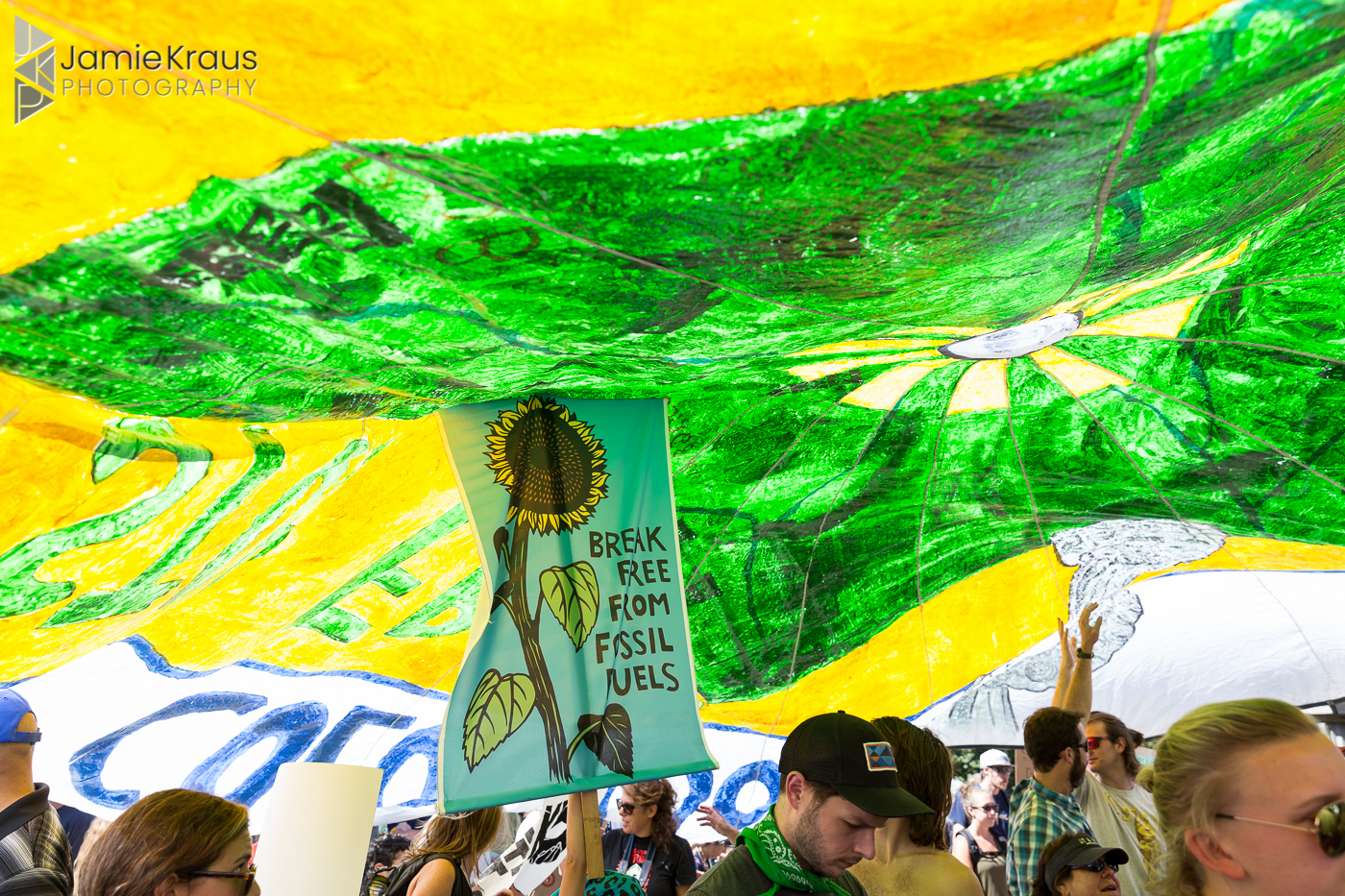 Interested in working with me? Send me an email at jamie@jamiekraus.com.