I am so excited to finally share these photos! This is the very first session of my new project Dance Warriors! Dance Warriors is an artistic response to political and social issues, in collaboration with dancers across the country. These photos were actually taken over a year ago, but now that the project has been announced, I can show you the first photo shoot!

Anna Rogovoy and I know each other from Jacob’s Pillow Dance Festival. We both worked in the marketing department when I was an intern at the festival. Anna has been using dance to explore a lot of social and political issues. For this session, she wanted to focus on gentrification. We took photos in her neighborhood, Prospect-Lefferts Gardens, as well as in her apartment.

Tell me a bit about yourself.

My name is Anna Rogovoy and I’m a dancemaker and performer. My early training was in classical ballet, but I made a shift to contemporary/modern/postmodern technique/methodologies when I attended Bennington College for my undergraduate degree. I have lived in Brooklyn, New York for about five years and have presented my work throughout Brooklyn and Manhattan as well as upstate New York, Massachusetts, and Vermont. I am the child of entrepreneurial arts professionals and the older sister of a producer/DJ. And I am the great-granddaughter of an incredibly powerful woman who emigrated (alone) to New York City from a small village in Poland, narrowly escaping execution.

Why are you passionate about gentrification?

Gentrification is something that I reckon with daily as a white person living in a predominantly non-white neighborhood — one that is rapidly undergoing transformation. It’s my home, it’s a mile away from where my mother was born, yet I am a newcomer, perhaps even an unwelcome one. Displacement and ghettoization are familiar concerns, having grown up with stories of the Holocaust, and I don’t want to be complicit in anything remotely like that. 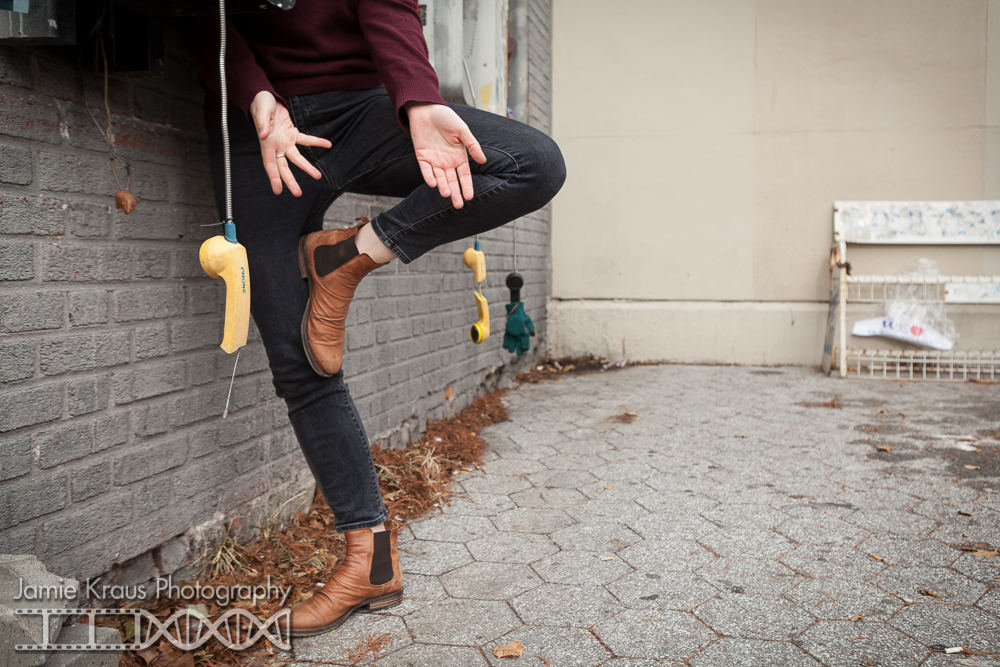 How has dance helped you express yourself?

My work deals very directly with the body as source material; I am interested in how movement patterns and habits emerge and shift, in how memory and sensation inhabit form. I hope that by turning the lens towards the body I can highlight our shared experiences as thinking beings housed in smart, curious flesh-bags. I have also found great freedom and power as a survivor of sexual assault in reclaiming agency over my own body through performance and physical training.

What do you think is the intersection between art and politics?

I think that because artists so often work outside of a political and/or capitalist regime, we are able to put forth opinions and assessments that someone whose success relies on a more conventional power structure might hesitate to voice. In the same way that we are not supported by our government or our corporations, we are released from supporting them, or claiming to. We ask questions that others cannot.

Want engaging production photos to reach new audiences and sell more tickets? Want to be a part of Dance Warriors? I would love to help tell your story through photos. Contact me here or message me at jamie@jamiekraus.com.